Twitter’s recent announcement has many things with which to take issue, and one of them is the generic corporate language in which it was expressed. Anil Dash has had a go at rewriting it in less staid language. Unfortunately, in my opinion at least, he’s made it far, far worse.

For one, it seems somewhat less honest than the original. The first sentence - “We have awesome news for Twitter developers” - reminds me of nothing more than the Simpson’s episode “Trash Of The Titans”: 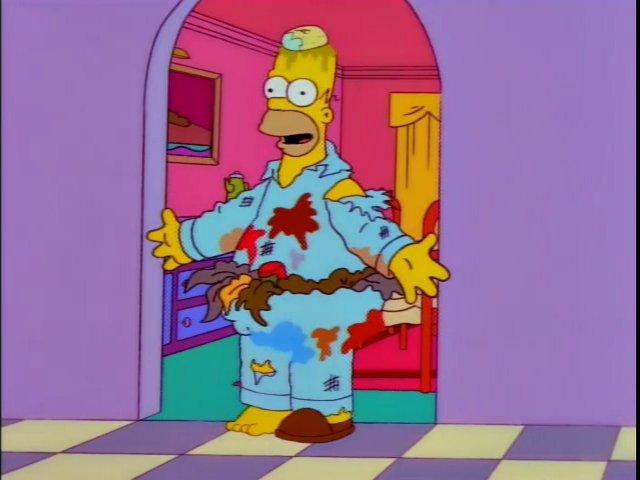 Good news, everyone! I got into a fight with the garbage men and they’re cutting off our service!

The changes are not awesome. For some developers, they’re a moderate improvement. For many others, they make things a lot worse. Pretending that everything is awesome is disingenuous, transparently so.

What I dislike more than the obvious spin, though, is the inappropriately chummy tone. I don’t want corporations to talk to me like they’re my friend. They’re not, and they can’t be. That’s not meant as a slight against corporations - despite their many faults, they’re useful institutions. However, they’re not human beings, and can’t be dealt with as such.

Fortunately, when corporations try to sound like your buddy in official communication, they always fail. Every time. Totally. Utterly. Embarrassingly. As such, the technique never works as intended. It only leaves a bad taste in the mouth, and an impression of untrustworthy shilling in the memory.

So, how can corporations achieve an “authentic voice”, and “engage” with their customers/partners/advertising fodder? Short answer: they can’t. “Authentic” in this case means “human”, and, as mentioned, they’re not. The only way they can get close is to cede control. Individuals like Tim Bray can promote a company’s interests whilst still sounding like human beings. However, even then, they need to walk a fine line, and make it clear that they have a vested interested when they do.

For official announcements, though, don’t try and give them the human touch by using words like “cool” and signing the CEO’s name at the bottom. Just stick to the dull, dry legalese and do us all a favour.

Image from Frinkiac. The Simpsons is owned by some division or other of 21st Century Fox