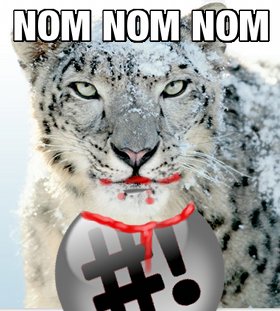 Snow Leopard, the latest version of Mac OS X, was billed as “no new features”, but actually comes with a whole raft of minor improvements. One of these is improved handling of Services, a vastly under-rated feature inherited from NeXT. If you’re not up to speed on Services, or the improvements in Snow Leopard, this website has a good overview.

This is of particular interest to me, because it has ramifications for a piece of software I wrote a little while ago: SilverService. Specifically, I wondered if the ability to easily creates services in Automator renders SilverService obsolete. One of the areas in which I was thinking of extending the tool was the ability to create longer scripts, something which is definitely catered for well in Automator. However, the Automator approach is somewhat heavyweight, so I think there’s still value in a more focussed tool for one-liners.

With that in mind, I’ve dusted off the (now pretty ancient) source code, and got it compiling under the latest XCode. It basically works, but has at least one major interface bug (newly created services do not appear in the table until you restart the application), and one more minor problem that has been present since the start (the services only work when the application is running). I plan to look into these over the next few weeks, with the aim of producing an updated version with bug fixes but no new features. I’ve also created a SilverService repository on GitHub, if you want to have a hack yourself.

As ever, if you have any comments or suggestions about SilverService, I’d love to hear them, either via the comments below, e-mail or Twitter.